“After I proved my sincerity by offering to serve at no cost to Congress, I was appointed a volunteer major general in the Continental Army on July 31. Henry Laurens, a delegate of the Continental Congress with whom I would forge a great friendship, wrote to an associate: “A Commission of Major General is granted to the Marquis de la Fayette, the young Nobleman who lately came from Charles Town. He required no pension no Special Command: the honour of fighting near General Washington & having rank in the Army was all he coveted. . . .” I will always mark this day in my heart for my appointment and for one other very special event that took place that evening! On the night I received my commission I was invited to join several members of Congress to dine at the City Tavern. I made my way to the popular landmark through the crowded streets of a city stirring with activity. My heart raced at the prospect that I might, for the first time, come face to face with the hero of the American Revolution, General George Washington. Anxiety gripped me as I walked through noisy, smoke-filled rooms of the city’s busiest tavern, full of congressmen, soldiers in uniform, and hustling waiters. Finally, the moment came when I arrived at a room that seemed to have a more dignified air. Upon my entering, all in attendance turned to greet me, and I was welcomed by congressmen I had met earlier in the day. As I glanced toward the back of the room, my eyes came upon the most majestic man I had ever seen. Tall and regal in his splendidly tailored Continental uniform of blue and buff, he exuded confidence. I had never seen his portrait, but I knew it had to be George Washington. Introduced to him for the first time, I trembled as we bowed to each other. It was a moment I shall recall with great clarity for all of my days. During dinner, however, I continued to remind myself of the cool reception foreign officers had been receiving. My anxiety was put to rest when, at the conclusion of dinner, Washington approached me and thanked me for volunteering for his cause. He also expressed his wish that I join his military family and find his headquarters my new home. The General also hoped that his republican style of living, as he called it, would not be a disappointment to me considering the aristocratic accommodations I was accustomed to in France.

What a day it turned out to be! I went from being newly commissioned earlier in the day to an invitation to be at the very center of the rebellion by evening. My two months of difficult travel quickly became a distant memory. As I lie in bed that night I thought, for the first time, not in terms of “them” but of “us.” I was an officer in the Continental Army. What might lie ahead? How would I react to combat? Would I distinguish myself for the army and my General, or would my desire to prove myself on the field of battle end in disgrace? Answers to these questions would come sooner than I thought.” 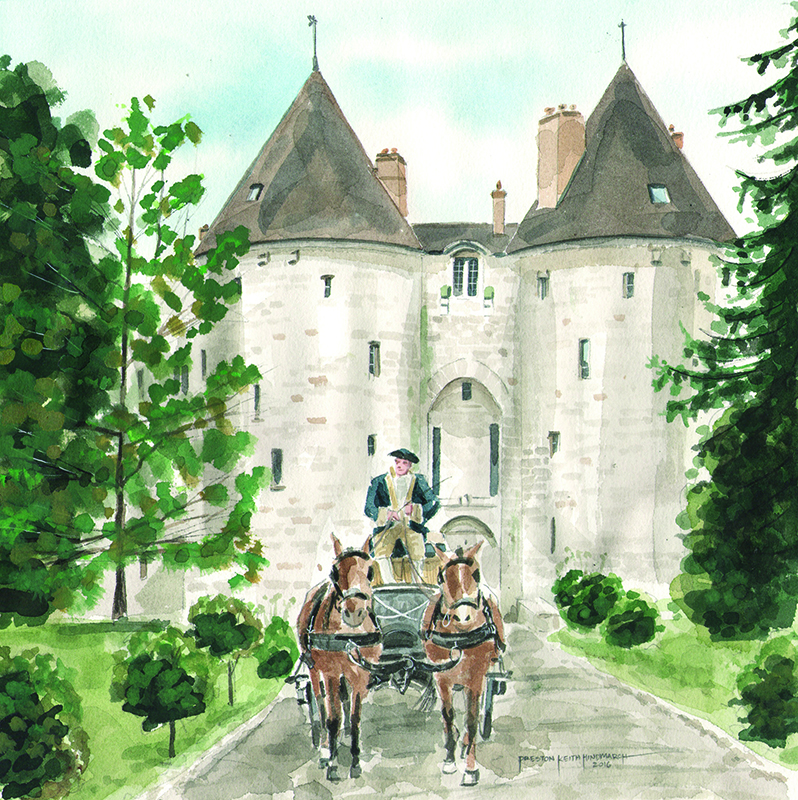