It is with a great deal of pleasure that I received your most recent, polite, and affectionate letter. After nearly sixty years of corresponding, you certainly know my nature is to wait upon some sort of mysterious motivation with which to fill my sails to prompt a response. I happened to look at the calendar and this day’s date will produce all of the enthusiasm needed to furnish you with my complete recollection of life with my dear Grandmama and Grandpapa, Martha and George Washington. As a young girl, I did not comprehend I was in the company of those making history and just how fortunate I really was to have daily interaction with Messrs. Adams, Hamilton, and Jefferson. I most certainly understand your desire to hear, maybe one last time, my story of the formation of our new and great nation. Growing older has eroded my enthusiasm for most things, but when asked to recall life as a part of America’s original First Family my response will be unrestrained.

You are likely wondering what significance the 12th of February might have, so allow me a moment to explain. Although retired from the presidency, George Washington remained extremely popular, particularly close to home. As was the case during his presidency, the celebration of his “birthnight”—February 11, according to the old calendar—was quite the affair, much like the celebration for the kings and queens of the British Empire while the thirteen states were under their control. In 1798, his first full year of retirement back at his Mount Vernon estate, his birthday fell on the Sabbath, so it was determined the General and his family would be entertained the following day. It was a cold winter’s day as our family made our way north from Mount Vernon to Gadsby’s Tavern in the nearby city of Alexandria. I was twenty years old by then, and of all my time spent with Washington, that night stands out more than any other. He seemed to have the weight of the world cast upon him during his days as president, but all of his past trials were whisked away for at least that night of his retirement. Now, he danced and laughed and reveled in his celebrity. I observed him never more at ease than on this day.  It has been etched in my memory as one of the happiest for our family and thus serves as the inspiration for this story. 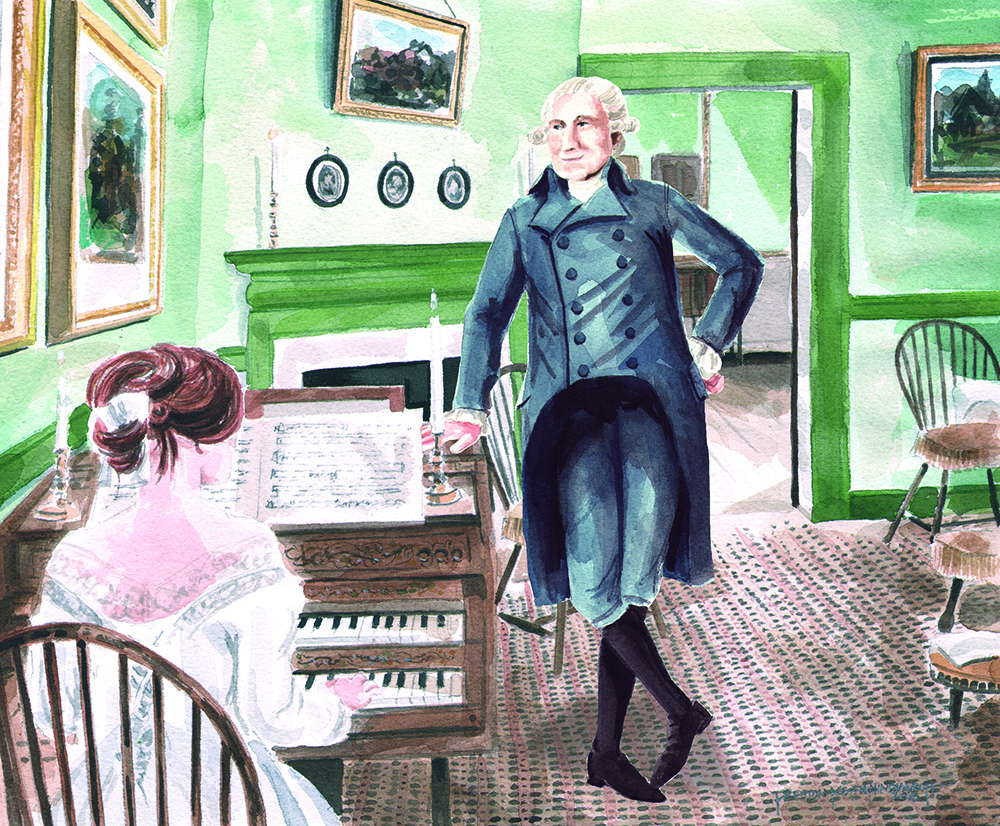