Dear Sir,
I had the honor of receiving your letter this day, and it is with a great degree of humility that I put in writing my recollection of my association with General George Washington and that fateful night he breathed his last. Of all those in attendance that evening, and I say this with a humble heart, I knew the General longer than anyone else who assembled that cold night of December 14, 1799, including Mrs. Washington. We fought together in two wars and nearly a third. We spent two thirds of our lives in common experience such as fox hunting, dinners at his Mount Vernon estate, and making our way to the Virginia frontier in search of fertile land that would one day be part of the expansion of this great nation. I had the distinct honor to serve as the Washington family physician for many years. I treated everyone from General and Mrs. Washington to extended family and the more than three hundred enslaved men, women, and children from Africa or of African decent who lived and worked at Mount Vernon. I considered him my oldest and dearest friend.

Our stories differ in that he was part of the third generation of Washingtons born here in Virginia, and I was a native of Scotland, emigrating here in the early 1750s. The colonies still belonged to the British Empire, and I arrived just in time to serve our British king, George II, in the French and Indian War. It was a lesser known Colonel Washington who actually gave the order to his troops to fire upon a small detachment of French soldiers and their Indian allies that began the war. It was about this time I met Colonel George Washington when we served together in the Virginian Regiment. From this very unique perspective, I recount our collective story and illustrate how a Virginian colonel and planter ultimately became the father of this great nation and one of the most famous men in the world. 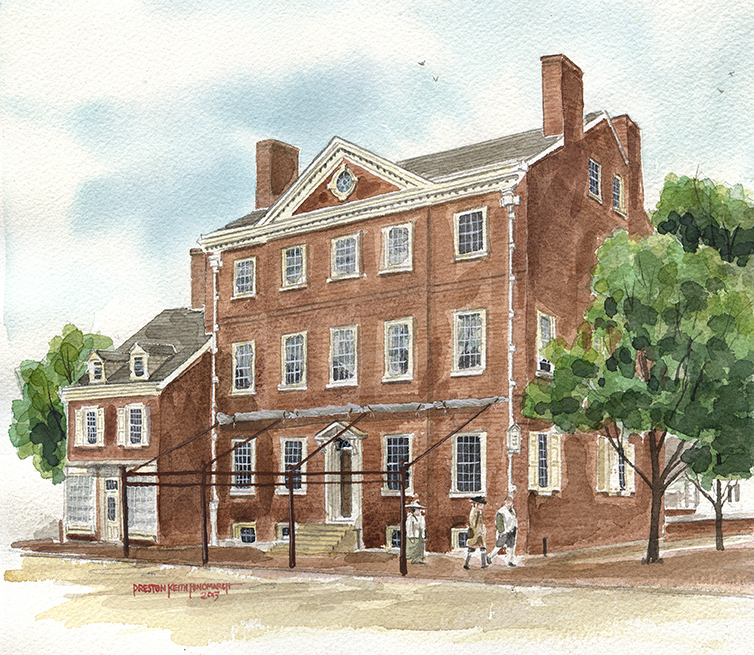